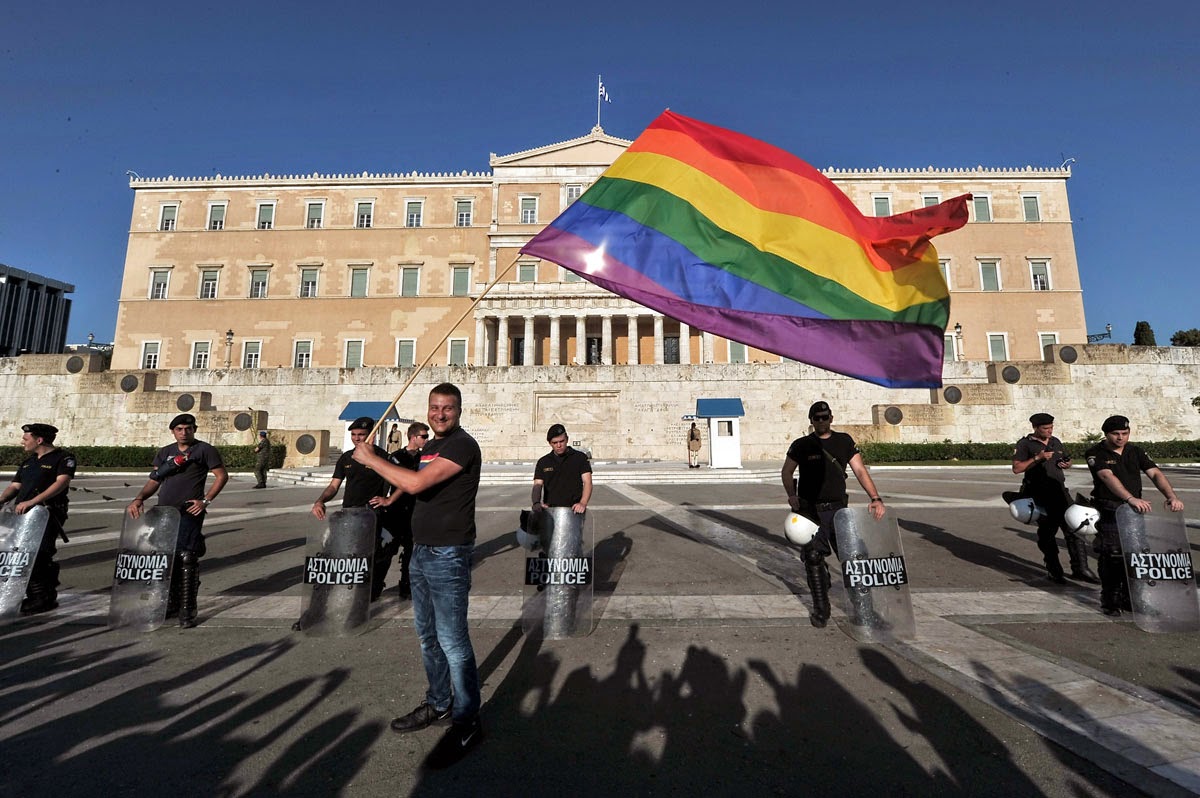 Greece's new left-wing government has promised to grant same-sex couples legal status, in response to a 2013 international court decision condemning the country for discrimination.
Justice Minister Nikolaos Paraskevopoulos told parliament Monday that civil partnerships, first legislated in 2008, would be extended to gay couples but did not say when the changes were planned.
The pledge was made two weeks after the left-wing Syriza party ousted conservatives in a general election and formed a coalition government with a right-wing, anti-bailout party, one which in the past has opposed awarding gay partners legal status.
We will see.