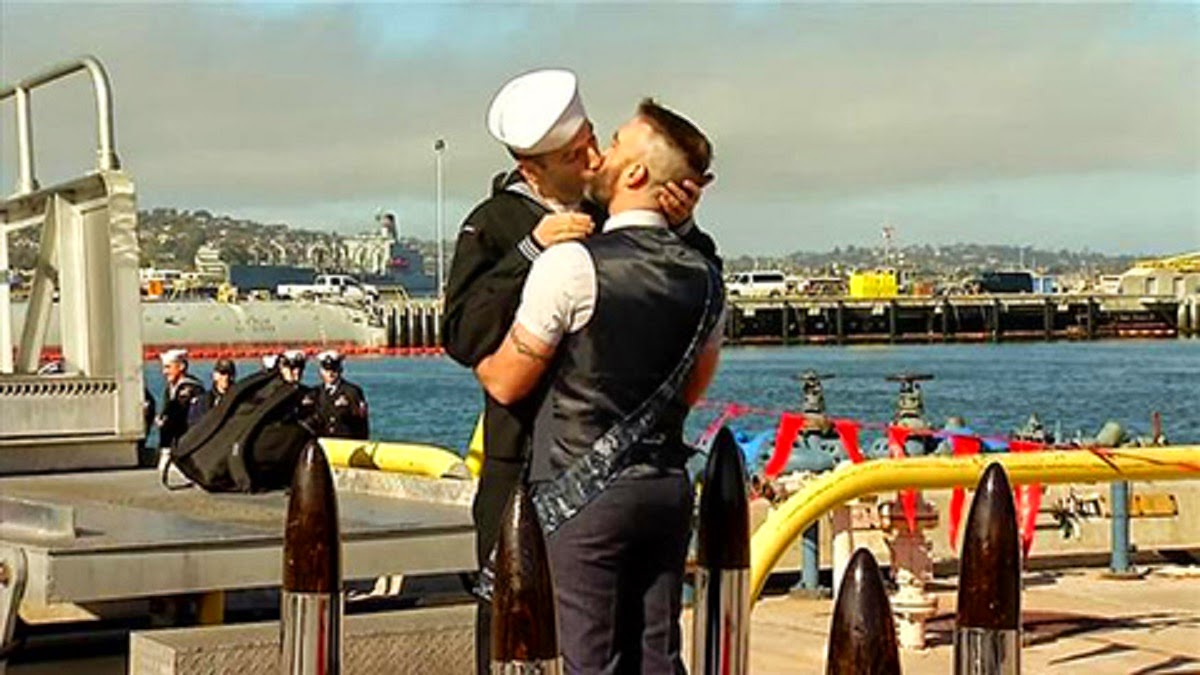 A gay couple has made history after being chosen as the ceremonial kiss as shipmates disembarked from a Navy submarine.
Petty Officer 2nd Class Thomas Sawicki was greeted by his boyfriend Shawn Brier at the Naval Base Point Loma.
It was the first time a male same-sex couple was chosen for the ceremonial honour, which is decided by a lottery.
Sawicki had been at sea on the USS San Francisco submarine for seven months before returning home and disembarking with shipmates. 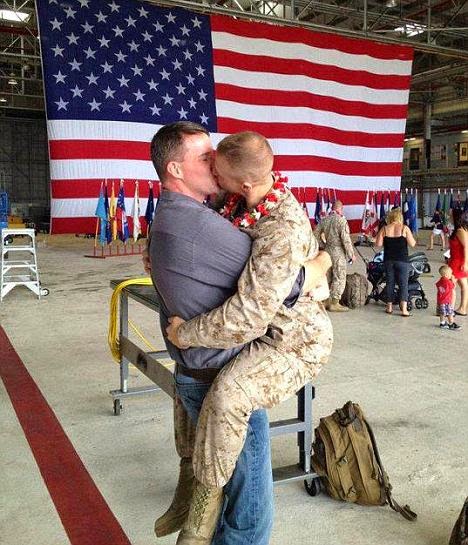 Do you remember this one?