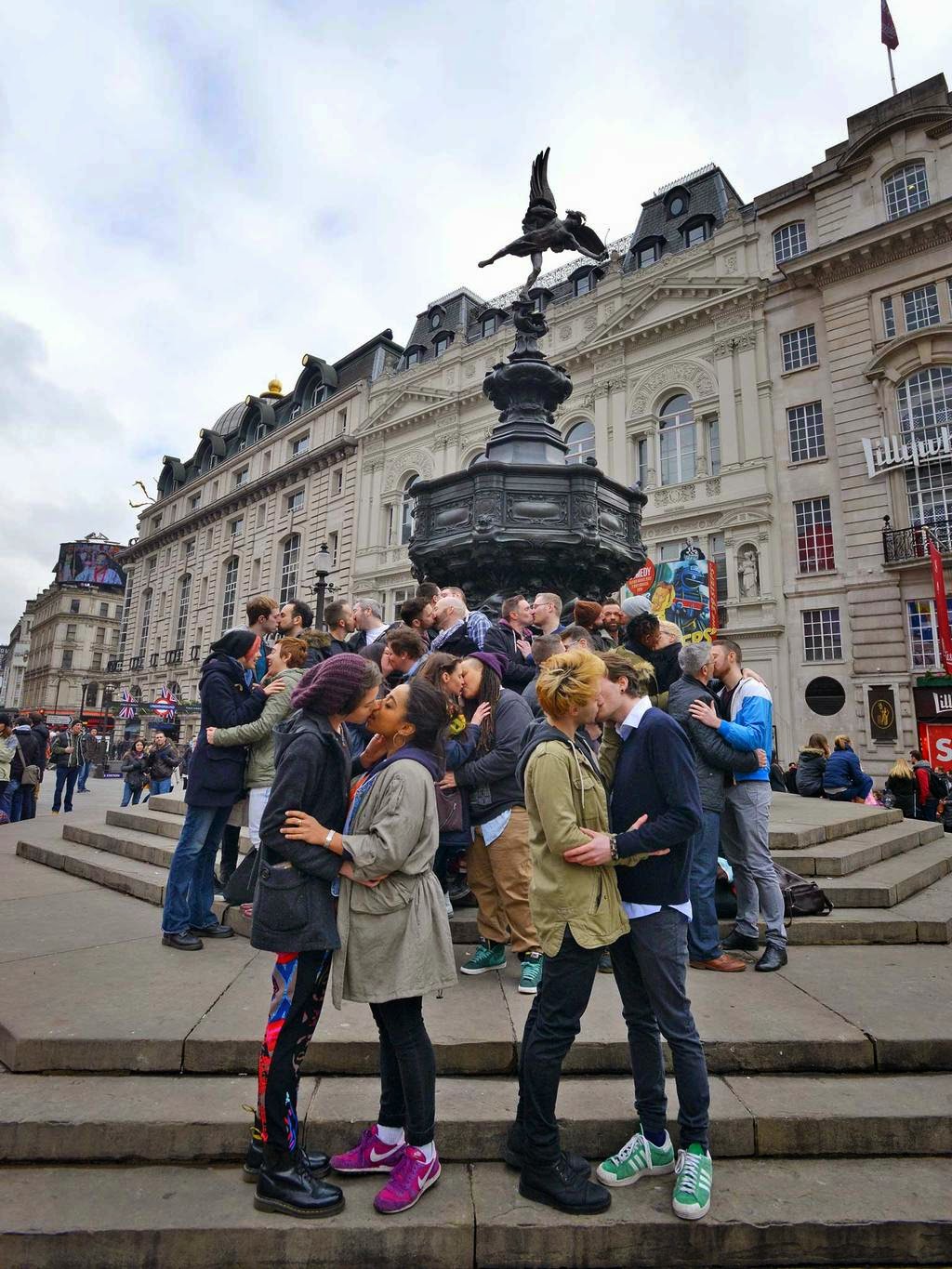 People from across London attended a gay ‘kiss-in’ in Piccadilly Circus, to mark Valentine’s Day.
A number of couples locked lips in front of the iconic statue of Eros for the protest, to mark the start of Pride’s Freedom to Kiss campaign.
The protest came after research by Pride in London found that 54% of same-sex couples do not feel comfortable kissing in public, after growing reports of homophobic abuse aimed at kissing couples. 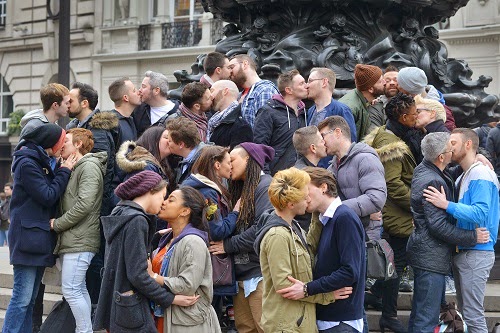 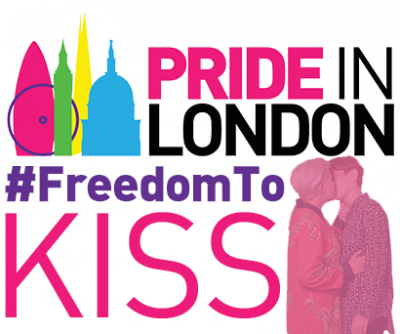