The time is now SCOTUS 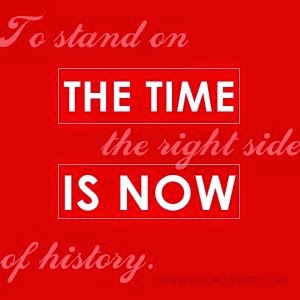 The Supreme Court is set to hear historic arguments in cases that could make same-sex marriage the law of the land.
The justices are meeting today to offer the first public indication of where they stand in the dispute over whether states can continue defining marriage as the union of a man and a woman, or whether the Constitution gives gay and lesbian couples the right to marry.
The court is hearing extended arguments, scheduled to last 2 1/2 hours, which also will explore whether states that do not permit same-sex marriage must nonetheless recognize such unions from elsewhere.
UPDATE:
The Scotus hearing has ended. There was no trial, it was oral arguments. Both sides argued why SCOTUS should rule either way. And the justices questioned both sides.
Kennedy took both sides, and Roberts said nothing. These are the two deciding votes for the two questions.
The justices will get together in the next two weeks and vote. They will then have six weeks to write their opinions.
There are two decisions being reached:
1) Do people in the USA have the right to a same-sex marriage?
2) Must every state recognize the marriage of another state?  If Texas says no to gay marriage, must they be forced to recognize a marriage in California?
If the court says yes to 1 then question 2 is irrelevant.
If the court says no to 1 and yes to 2, then someone in Texas can fly to New York, get married, and then Texas would be forced to recognize the marriage in New York.
You can hear the arguments below,  the release audio tapes once it is done.
http://www.supremecourt.gov/oral_arguments/audio/2014/14-556-q1
http://www.supremecourt.gov/oral_arguments/audio/2014/14-556-q2

The time is now SCOTUS! 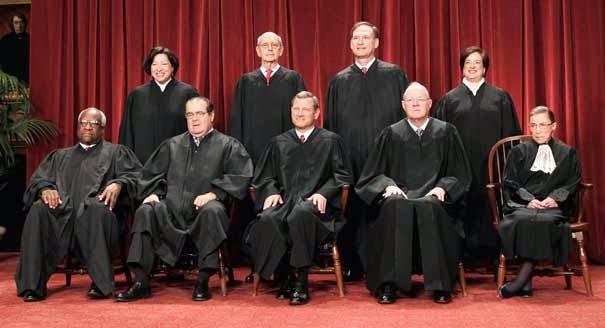 The nine justices of Suprem Court have to decide
if same-sex marriage can be legal in all the U.S.
Publicat per Ben Aquila a 10:16 AM