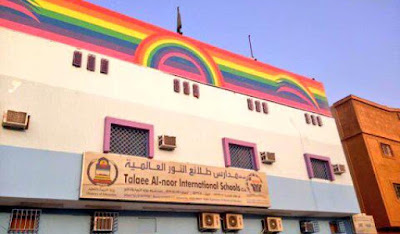 Talee al-Noor, an international school in Riyadh (the Saudi Arabia's capital), has been fined more than $25,000 after authorities claimed the rainbows on its building were emblems of homosexuality.

For that reason, the authorities sent the school administrator responsible for the emblem to jail in preparation to refer the case to the Bureau of Investigation and the general prosecutor, reported the Commission for the Promotion of Virtue and Prevention of Vice.

The Islamic Religious Police said it was "marketing for homosexuality", and then formed a committee and erased the colors. Now, the Saudi school has been repainted and it looks "normally".

Gay sex is illegal in Saudi Arabia and punishable by up to life in prison, whipping, castration, torture and even death. 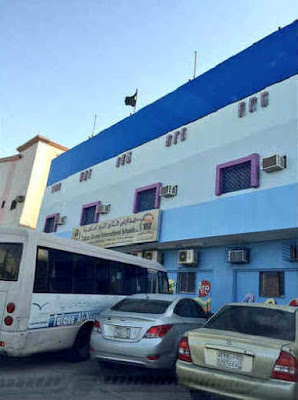 The school after being painted