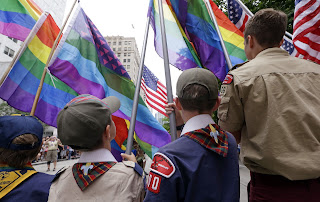 The Boy Scouts of America (BSA) have officially ended its longstanding ban on gay scout leaders.

The national ban ends immediately and allows previously removed leaders to reapply for their positions.
Last week, a BSA's executive committee unanimously just voted to get rid of the organization’s ban on gay adult leaders and volunteers, paving the way for the organization to become as inclusive for adults as it is for youth.
The new policy will not prevent church-led groups from choosing adult leaders based on their beliefs.
However, to gain the acquiescence of conservative religious groups that sponsor many packs and troops, like the Mormon and Roman Catholic Churches, the policy will allow church-run units to pick leaders who agree with their moral precepts.
Remember that BSA lifted a ban on gay youth in 2013.
Congrats Boy Scouts of America, you have finally got it! 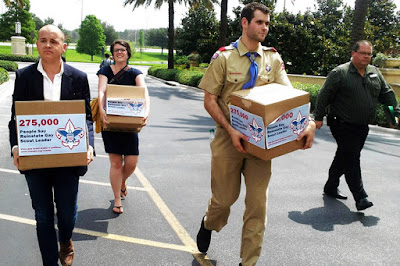 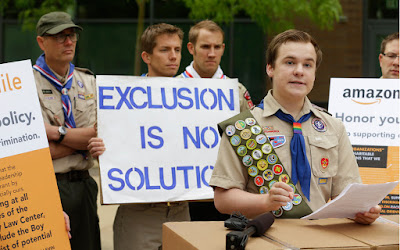 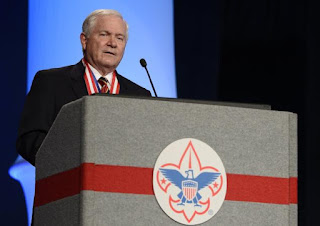 May 2015:
BSA's President affirmed time of ban was over 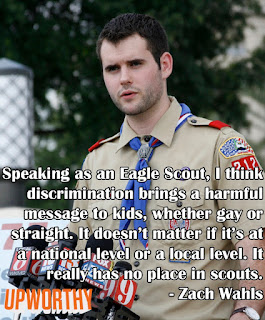