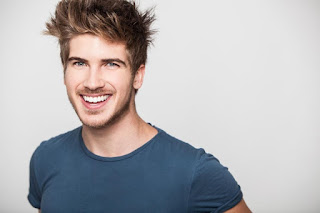 After eight years of posting videos on YouTube and getting more than 600 million views, Joey Graceffa finally answered the most-often question asked about him.
Yes, he is gay.

He celebrated his 24th birthday on 18 May with the release of Don’t Wait video song, which featured a prince charming with whom Graceffa shared an epic happily-ever-after kiss.

The video has been viewed nearly 9 million times and has only increased Graceffa’s online fame.

Joey said: "People were so loving and supportive and immediately saw it as my coming out video". "It’s been the number one question on my channel: Is he gay? Non-stop and there’s army of each side going at each other so it’s finally putting that to rest. It was such a great response I’m very happy with how people reacted to it", he added.

He hopes his video will encourage others and says it’s the kind of thing he wished was out there when he was a teen.

"I remember growing up and feeling like my story was so different from everybody else’s … there wasn’t YouTube at the time to hear other people talk about their stories. I guess I just want people to not feel so alone", he affirmed.