Who is afraid of a kiss in Italy? 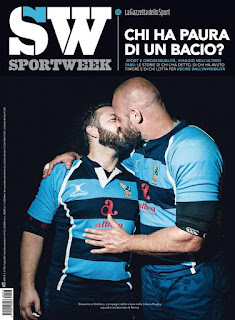 An Italian sports magazine has sparked outrage among readers after putting a gay rugby couple on its cover.
The cover of the 11 July edition of SportWeek features Giacomo and Stefano, teammates in life and in gay-friendly amateur Rome squad Libera Rugby, with the headline: "Who’s afraid of a kiss?"
The magazine contains features on the last taboo in sports and Italy’s first gay-friendly rugby team, and comes at a time when LGBTI rights is picking up speed in the country.
Italy is the only Western European country not to recognize either gay marriage or civil unions.
Last May, Italian Prime Minister Matteo Renzi said his country could no longer put off civil unions after Catholic Ireland legalized gay marriage by referèndum. 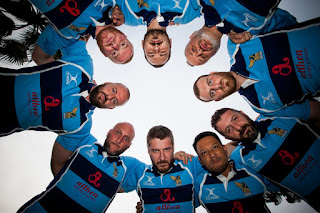 Together we can! Forza Libera!