One picture for a historic moment 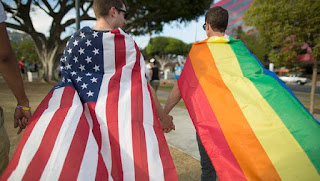 When Mark Heller and his boyfriend Robert Oliver stepped out of their West Hollywood home on Friday evening to celebrate the Supreme Court’s landmark ruling on marriage equality, they had no clue that less than 48 hours later, their picture would be seen by millions all over the world.

By Sunday morning, the picture of Robert wearing an American flag and Mark wearing a gay pride flag had gone viral. They were on the cover of the Los Angeles Times, RollingStone and in hundreds of other publications around the world.

As they say, a picture is worth a thousand word. 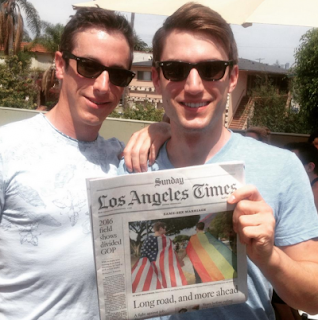 Mark and Robert surprised for being LA Times´cover