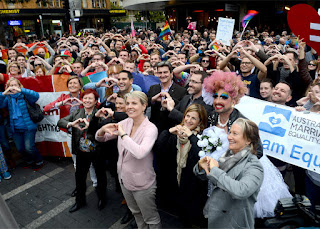 Those in New South Wales will march up Oxford Street in Sydney on Sunday, and those in Perth will meet at Forrest Chase. Rallies also took place in Brisbane and Hobart on Saturday.
Organisers hope to call on MPs to vote for equality legislation.
The marches come ahead of the resuming of the federal parliament this week, after which a cross-party bill for same-sex marriage will be introduced.
Rallies have already taken place this year, to push for MPs to be given a free vote on the issue. Same-sex marriage has proven difficult in Australia, and Prime Minister Tony Abbott is a staunch opponent.
Voices from across the political spectrum are loudening in the calls for the legalisation of marriage equality.
It's time Australia! 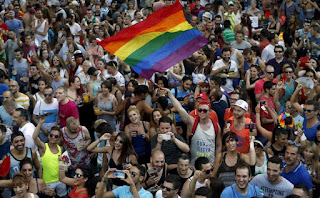 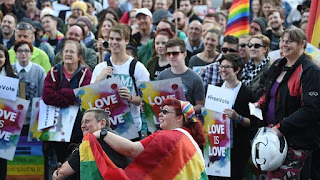 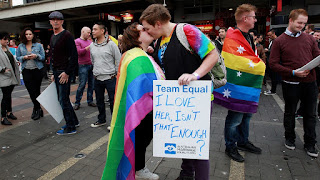