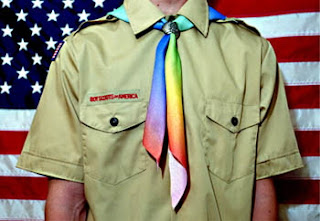 The Mormon church announced it will maintain its longtime affiliation with the Boy Scouts of America despite the organization's decision to allow gay troop leaders.
The decision from senior leaders of the Mormon church came as somewhat of a surprise. The church said it was deeply troubled and considering other options when the Boy Scouts announced last July that it would lift its ban on gay adult leaders, while allowing church-sponsored Scout units to continue excluding gay adults.
But Church leaders decided to stay with the Boy Scouts after getting assurances they can appoint troop leaders according to their own religious and moral values.
The Mormon church sponsors nearly 38,000 Scout units with 427,000 boys, accounting for about 18 percent of all youth Scouts.
Officials with the Boy Scouts of America said it appreciates the decision, noting that the organization is successful because of affiliations with groups like the Mormon church. 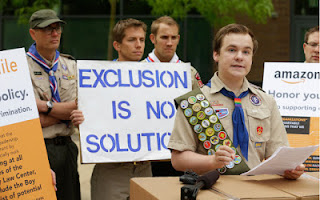 Exclusion is not a value!