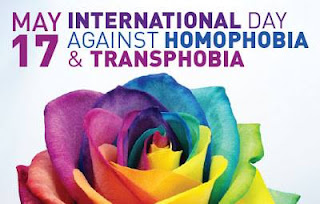 Today, May 17, is the International Day Against Homophobia, Transphobia and Biphobia (IDAHOT). It is marked as International Day because it was on this day, in 1993, that the World Health Organization removed homosexuality from its list of mental illnesses.

It was created in 2004 to draw the attention of policymakers, opinion leaders, social movements, the public and the media to the violence and discrimination experienced by LGBT people internationally.

In under a decade, May 17 has established itself the single most important date for LGBT communities to mobilise on a worldwide scale.

The Day represents an annual landmark to draw the attention of decision makers, the media, the public, opinion leaders and local authorities to the alarming situation faced by lesbian, gay, bisexuals, transgender and intersex people and all those who do not conform to majority sexual and gender norms.

Unfortunately, there are over 70 countries in the world where it is a criminal offence to be gay, and in seven of these countries the punishment could be death. This Day aims to raise awareness of homophobia and campaign against it. 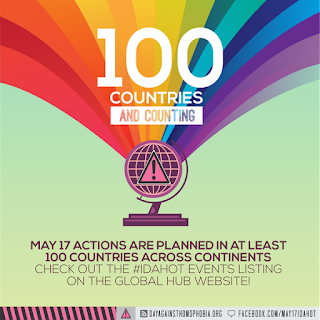