Will Dory find a lesbian couple in the next Disney's film? 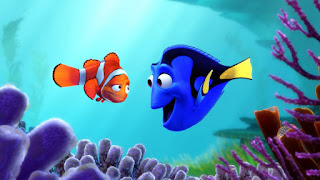 Dory, the adorable fish, is making a comeback in a new film called Finding Dory.

Ellen DeGeneres is voicing the cute aquatic creature, who is travelling across the ocean to find her long-lost parents.

Many were charmed by the new trailer, but some spotted something which seemed unusual. In the trailer could appear a lesbian couple.

They could just be friends or people helping each other out in the aquarium, but people seem excited by the idea of Disney's first lesbian couple.

Is Disney about to change?