Meet my trans kid and don't be afraid 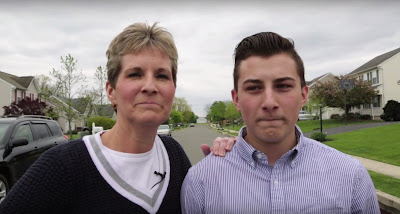 In light of the recent rise of anti-LGBT bills, the Trans United Fund has released a new ad, "Meet My Child", that centers around the experiences of  transgender youth and their families, who are calling on American politicians to get to know their trans families before continuing to legislate against them.

"Meet My Child" features transgender children and their parents in their daily life, playing basketball and helping out in the kitchen. With honest discussions from the parents about their families' journey towards accepting their children's trans identities, this video both educates the audience what being transgender means and raises awareness about trans families' lived realities.

One mother, Zoila Fajardo, looking directly into the camera, delivers a message for her trans daughter: "I love you, I accept you as you are, never be scared". A study published by Pediatrics shows that transgender kids whose gender identity is affirmed by their parents are as happy and healthy as their peers.

That message is followed by a mom and her trans son watching Ted Cruz spread harmful misinformation about the trans community to justify anti-LGBT legislation, such as in North Carolina, and an anti-trans political platform.The ad notes that in twenty states around the country, more than anti-trans pieces of legislation have been introduced recently, and the consequences for trans people and their families are real and life-threatening.