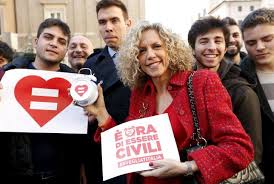 Earlier today Italy’s legislature made the final approving vote on its civil unions bill after Prime Minister Matteo Renzi called for a confidence vote that would have cost him his job if the bill had failed.

Tonight LGBT Italians and allies are celebrating at Rome’s iconic Trevi Fountain, which has been lit in the rainbow colors in solidarity. 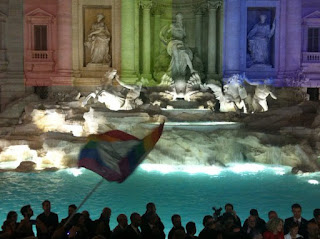