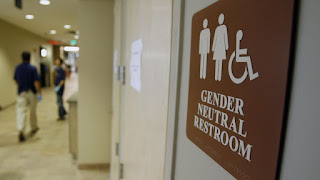 A new poll conducted by CNN has found that around 6 in 10 Americans oppose bills like HB2 in North Carolina, the legislation that demands transgender people use restrooms in fitting with their gender at birth, among other restrictions on LGBT protections.

The CNN poll questioned 1,000 people between 28 April and 1 May. Its key findings where as follows:

Recently, other survey found a majority of US citizens support an equality act.