It's time for equal marriage in Northern Ireland 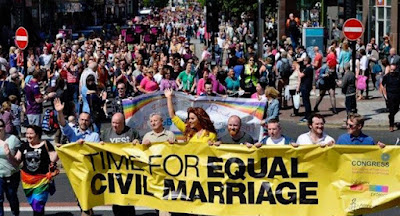 Tens of thousands who took to the streets of Belfast for the city’s annual Pride parade have called for same-sex marriage to be legalised in Northern Ireland.

Northern Ireland remains the only part of the UK where it is not legal for same-sex couples to marry. England and Wales legalized same-sex marriage three years ago, and Scotland did the same in december of 2014.

Meanwhile, the Republic of Ireland endorsed gay marriage by referendum over than year ago, but their northern neighbours are still resisting to change.

In addition, almost 70% of people asked in Northern Ireland said yes to gay marriage in a poll.

In this context, the LGBT activists groups have said they will keep on going until same-sex marriage is legalised in Northern Ireland. 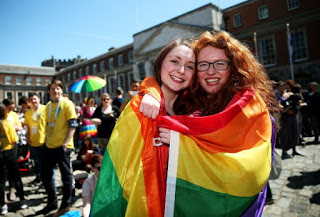