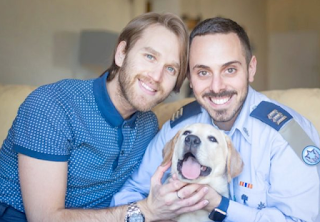 The Israeli Air Force (IAF) has set a good example of respect and tolerance.

Recently it was Family Day in Israel, and the profiles of the social networks of this military group were filled with a more familiar photo than ever: two men and their dog.

The gay couple in the photo are Adir Gabbai and his husband Dean, two members of the IAF, so the militars did not try to be just politically correct looking for a random photo of a gay couple, but they wanted to show that in the Air Force no one is afraid to come out and live like any army buddy.

The couple was just married after an 8-year relationship. They met in the same unit of the Air Force and, like other families, they are an example that all people have the right to be happy with person who love.

Besides them, a heterosexual couple with two children and a single mother with her daughter completed the Family Day photo gallery. 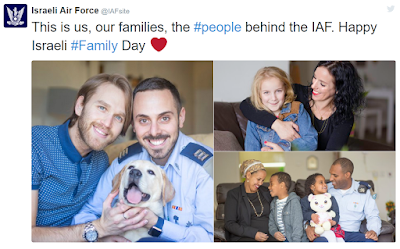 The families showed by the IAF