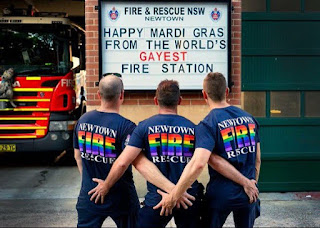 The Fire Station of Newtown, an inner Sydney suburb, regularly changes its outdoor sign, and stand on certain political issues.

It all started nearly two years ago when a pair of buffalo escaped from a film set and ran two kilometres down King St, in Newtown. That is when the team at Newtown Fire Station released the first sign on their billboard.

Since then, the officers have frequently chimed in on contemporary issues.

"We like to support causes that we think are worthy of supporting", Newtown Fire Station officer, Matt Murphy, told.

Last Mardi Gras, the firefighters wished a happy event from the world's gayest fire station. A way to openly show their support to the LGBT community. 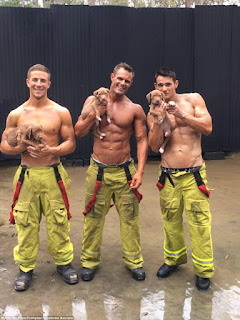 Do you have the Aussie firefighters calendar of 2017?