Italian court recognises gay couple as dads of their kids 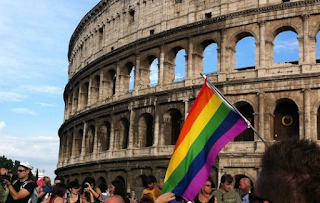 The Higher Regional Court of Trento, in northern Italy, ruled two gay men could be registered as parents to their twin boys. Their children were born in Canada six years ago, with the help of a surrogate.

The couple fought for joint parenthood in Canada and won. Then, they took the documents listing both men as the twins’ official parents to Italy, to get registered there. But the city of Trento said only the biological father could be listed as a parent.

Now the court has decided it is against the law to refuse to list both men as fathers. It's the first time a ruling of this kind has been made in Italy, and activists are hoping it will set a precedent.

The Court has recognized the right of those children to the full protection of their bond with their parents, as their inalienable right.

An important step to equal rights in Italy.