The transphobic bus comes to the U.S. 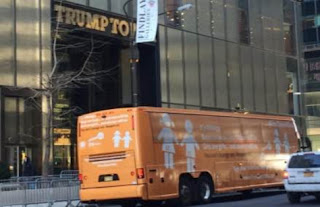 After getting taken off the road in the Spanish cities of Madrid and Barcelona, due to a violation of the equality laws, the creators of the transphobic bus have brought it to the U.S.

“It’s biology, not bigotry”, bus organizers said in a press release. “Men and women were created equally, each given a gender that is fixed, immutable and complementary. Rather than perpetuate a lie that gender can be changed based on emotions and feelings, we should encourage people to embrace and love who they were made to be”, they added.

After its scheduled stops in New York City, the bus will travel to New Haven, Connecticut, and park at Yale University. Then it will continue on to Boston, Massachusetts, Philadelphia, Pennsylvania and Washington D.C.

Several organizations that advocate for LGBT rights in New York City have banded together to speak out against the bus, saying that the message is discriminatory and encourages violence against transgender individuals.

It is not a freedom speech issue it is a clear example of hate speech! Stop transphobia! 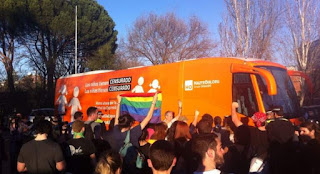 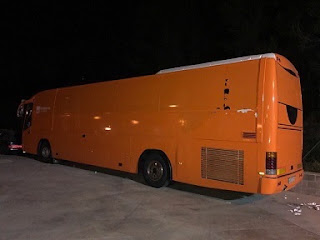