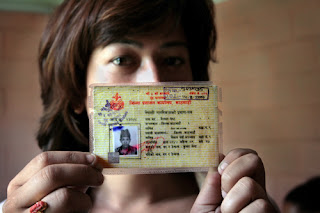 Brazil's Supreme Court unanimously decided that Brazilians can change their genders on the civil registry without having to undergo a sex-change operation or having to wait for legal authorization.

The court also ruled people would not need a medical or psychological evaluation to update their names and gender. Besides, there would be no minimum age to make the changes on the registry.

The change can be made at a notary's office.

"The ruling is a line in the sand that should be celebrated. Up until now, bureaucratic procedures had been on the rise for those who wanted the civil registry to reflect their gender identity and their names," said the Federal Prosecutor Carlos Eduardo Paz.

"From now on and without further constraints, transgender individuals can demand that the state fully recognize their right to happiness without having to face any kind of prejudice or institutional violence," he added.

While the recent legal victory is remarkable, there’s still a long way to go to protect trans people. Brazil has one of the highest rates of violence and murder against trans people in the world.

A good step in the right direction in any case.