Adam Rippon is the new face of GLAAD 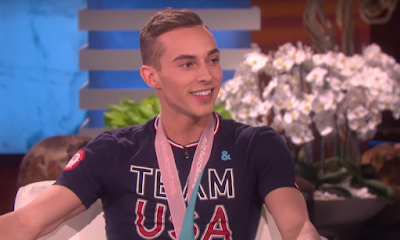 After the Winter Olympics, Adam Rippon has been announced as the new face of GLAAD’s youth engagement campaign.

The openly gay figure skater not only won a bronze medal, he also won the world’s hearts with his charisma, uniqueness, nerve and talent at the Olympic Games in South Korea. After arriving back in the US, Adam has already been fielding a string of media offers.

Appearing on the Ellen DeGeneres Show, he announced his first partnership with LGBT non-profit GLAAD.

Speaking about his relationship with GLAAD, Adam said, “I’m working with GLAAD’s youth engagement program and you know this is so important because we’re reaching these kids and they’re becoming activists in their community".

Adam afirmed: "When I was young, to have somebody out there that I could’ve looked up to, it would’ve made a world of difference, and it would’ve changed my life."

“It is really important for the youth out there to have somebody, and have a face on television and sports and every area, and say that there are gay people everywhere, and know you’re not alone", he added. 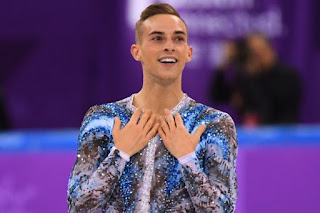 This guy is awesome!