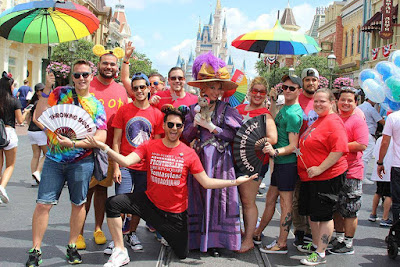 Gay Days is one of the most popular “unofficial” events at Disneyland, drawing crowds annually the first weekend in October.

Six months before, Disneyland holds the Mini Gay Day, a casual meet up for gays, straight allies and everyone in between, wear red to show their support and mingle with the gayest people in the happiest place on Earth. It is like a scaled-down spring version of  Gay Days.

Gay Days Anaheim's official site explains what Mini Gay Day is: “For many of you, one gay day a year just wasn't enough. And we hate to disappoint. So, since 2003, we came up with 'Mini Gay Day' which happens exactly six months before the big bash".

None of these event are presented by Disney, and Disney does not offer information about the festivities, but Disneyland Resort is supportive of the events and the many guests it brings to their parks, hotels and restaurants.

Because these are an unofficial events, the parks are still open to the public, so you don’t need a special ticket to visit them.

Whether it's March or October, put on your red shirt and get ready to ride! 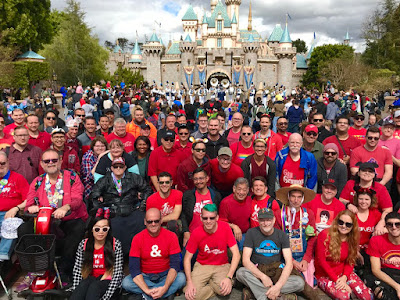 A group photo of this Mini Gay Day edition