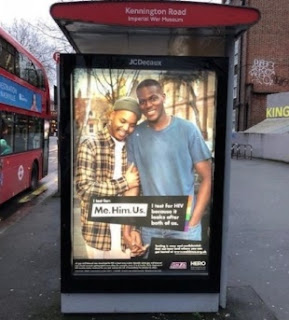 The campaign from gay men’s health charity GMFA is aimed to reach out at the city’s queer black and minority ethnic community, who are often not represented in public health campaigns. ﻿

Posters of black same-sex couples holding hands have been displayed on high streets across South London, including Brixton, Streatham, Kennington and Waterloo.

The ads, as part of the ‘Me. Him. Us.’ initiative, were developed by black gay and bisexual men, aims to increase levels of HIV testing in the community, bearing the message: “I test for HIV because it looks after both of us. Testing is easy and confidential.”

The campaign wants to inspire more young black gay men get tested, take care of themselves and their partners to improve the health of all LGBT community. 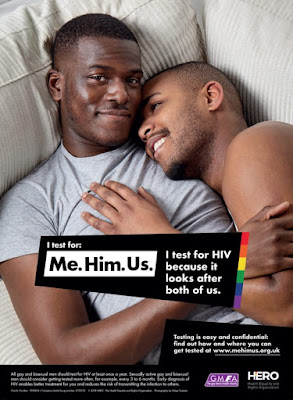