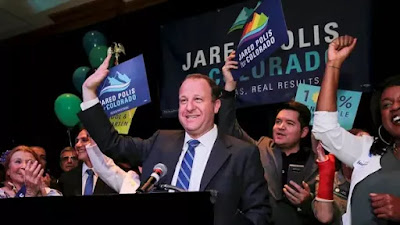 Colorado Democratic US Rep. Jared Polis will be his state's next governor, becoming the nation's first openly gay man elected to a governor's mansion

Polis, a Democrat who has served in Congress since 2009, defeated Republican candidate Walter Stapleton, the state’s treasurer. He will succeed Democratic Gov. John Hickenlooper, who was not eligible to run for re-election because of term limits.

Polis was one of several LGBT candidates who ran for governor this cycle, along with Brown in Oregon, Vermont Democrat Christine Hallquist and Texas Democrat Lupe Valdez.

He is the second openly LGBT person to be elected as a governor, following Oregon Gov. Kate Brown, who identifies as bisexual. Brown, a Democrat, became governor in 2015 and was re-elected in a 2016 special election.

During his gubernatorial bid, Polis has pushed for universal health care, free early childhood education and progressing Colorado to a 100% renewable energy state. 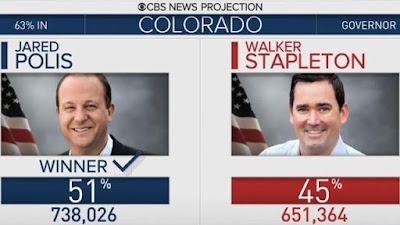