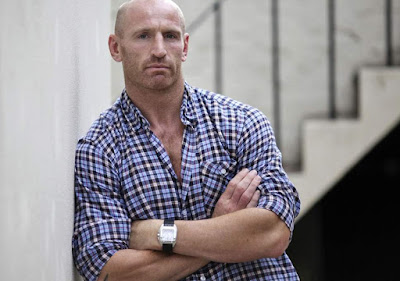 The French rugby team are to wear rainbow laces to show solidarity with gay player Gareth Thomas, after he was subjected to a homophobic attack in Cardiff.

Gareth uploaded an emotional video to social media, in which he appeared with a bruised and a cut on his face and explained he was the victim of “a hate crime for my sexuality” the previous day.

Serge Simon, the vice-president of the French Rugby Federation, sent a message to Thomas from the entire French national rugby team. He wrote: “All of French Rugby is with you regarding the homophobic [attack] you’ve been victim of. To show our support, the French rugby players will wear rainbow laces during the France – Fiji game on Saturday night. We’re all in with you in this matter.”

In a response, Gareth wrote: “After the physical scars have healed, I feel I have to say an unbelievable THANK YOU from me and all in the LGBT community for the support I have received. Truly humbled. My mental scars will stay with me for some time, but will drive me to fight even more for a world where acceptance of everyone is normal. To the French rugby federation, merci. The players wearing rainbow laces in solidarity is an immense sign of inclusion.”

Watch the video posted by Gareth on social media: