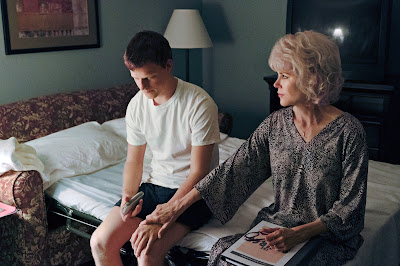 Boy Erased is an American biographical drama film based on Garrard Conley's 2016 memoir of the same name.

The only child of a car salesman and Baptist pastor, Garrard, was terrified and conflicted about his sexuality. At nineteen, while in college, he was outed as gay to his parents and given the choice of being disowned or being subjected to gay conversion therapy that promised to cure his homosexuality.

Garrard's father told to him: “I want you to have a great life. I love you. But we cannot see a way that you can live under this roof, if you’re going fundamentally against the grain of our beliefs. Garrard, tell me the truth, that’s all.” And Garrard responded: “I think about men. I don’t know why. And I’m so sorry.”

Garrard was enrolled in a Love in Action ex-gay program, and recounts the harm he was subjected to there in the name of curing his sexuality.

This film exposes gay conversion therapy programs are more likely to cause harm than cure anything.