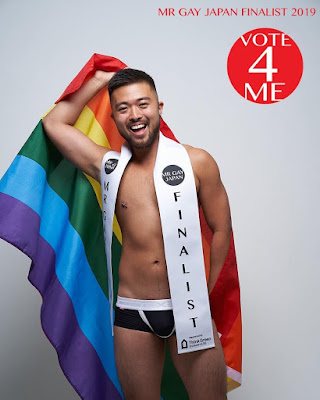 The Japanese LGBT community celebrated the crowning of the second Mr Gay Japan at an intimate event in the heart of Harajuku. The winer was 21-year-old Tiger Shigetake, from Tokyo.

But what made this event particularly significant was the activism and strength of individuals to make a change in a country where LGBT people live a relatively closeted life.

Although it’s safe to be LGBT, there is a lack of visibility in Japanese society so most remain hidden. This is largely due to a lack of positive representation in mainstream media.

Television and press depict LGBT characters as a point of humor or comedy. Things are changing, but rarely will you see LGBT individuals or couples celebrated amongst mainstream television and the media.

It’s just one of the many reasons why events like Mr Gay Japan are so important to create visibility.

The community’s current agenda focuses on pushing for marriage equality in Japan. A cause close to the heart of last year’s Mr Gay Japan, Shogo Kemmoku. To the surprise of the audience, Shogo got down on one knee and proposed to his boyfriend Geoff.

This moment highlighted the imminent need for marriage equality and recognition of same-sex marriage in Japan and throughout Asia. 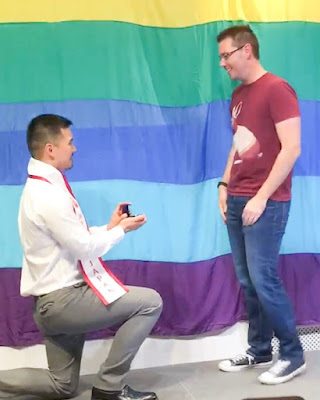 Last year's winner made a heartwarming
marriage proposal to his boyfriend