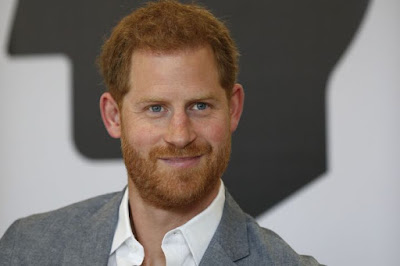 Prince Harry has offered his support to Mermaids, a UK-based charity which supports trans children and their families.

The Duke of Sussex, who has previously described the charity as “amazing,” invited Mermaids to join the Royal Foundation’s work on mental health.

Formed in 1995 as a support group, Mermaids works to raise awareness about gender issues amongst professionals and the general public, campaigning for the recognition of gender dysphoria in young people. It also lobbies for improvements in professional services.

Nearly half of all individuals who identify as transgender experience depression or anxiety issues while more than four in every five transgender school children have self-harmed.

The Mermaids CEO told that trans people are facing the “same headlines” as the gay community did 20 or 30 years ago, when Harry’s mother Diana, Princess of Wales, worked to transform public perception about HIV/AIDS.

“I think it’s always really important to young people to see that people with the authority and credibility that Prince Harry has are supporting them and are listening and acknowledging the fact that they exist,” she said.

Prince Harry has recently made young people a key focus of his work and spoke at a recent roundtable meeting, where he reportedly said: “They are on the front line of mental health work in the UK.”

My friend/sibling came out as trans