On April 1, 2017, Novaya Gazeta published the first material about the abduction, torture and murder of LGBT people in Chechnya. In 3 years, with the support of an enormous number of supporters, the Russian LGBT Network has:
Thanks to the work of the Russian LGBT Network, the international community has recognized the mass persecution of LGBT people organized by the Chechen authorities. In the past three years, a huge number of governments, along with international, intergovernmental and human rights organizations, have made statements about the need to conduct a thorough investigation into what is taking place in Chechnya.

At the end of December 2018, Austrian Professor of International Law, Wolfgang Benedek, presented a report that was prepared as part of the Moscow Mechanism of the OSCE. He wrote: “The evidence clearly shows that the allegations of very serious human rights violations in the Chechen Republic of the Russian Federation have been found confirmed. This concerns in particular allegations of harassment and persecution, arbitrary or unlawful arrests or detentions, torture, enforced disappearances and extrajudicial executions.”

Russia continues to deny both the existence and mass persecution of homosexual, bisexual and transgender people in the Chechen Republic. The Russian LGBT Network will do everything possible to ensure that the violence is stopped and the perpetrators punished.

The most significant dates concerning the persecution of LGBT people in Chechnya are listed here. 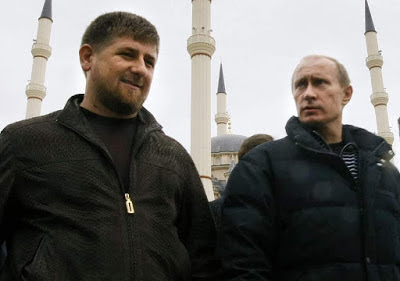 Kadyrov, Chechnya president, has the support of Putin