An activist denounces the LGBT-free zones in Poland 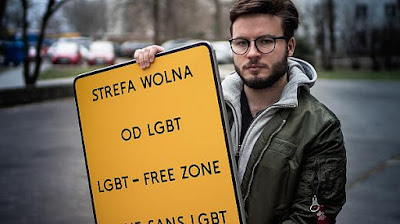 An activist has released pictures of gay people in front of Polish municipalities that declared themselves LGBT-free. Bart Staszewski said he wanted to show the real people affected by the crackdown on gay rights in Poland.

The surge against LGBT rights in Poland gained pace ahead of the country’s general election, with ruling party Law and Justice (PiS) launching a tirade of abuse towards the country’s LGBT community as a key part of its campaign.

Party leader Jaroslaw Kaczynski directly targeted LGBT people in frequent demonising speeches. “We are dealing with a direct attack on the family and children, the sexualization of children, that entire LBGT movement, gender,” he said.

This can not be accepted in the EU, what the European Comission is waiting for to take action against Polish authorities for this new apartheid in Europe? 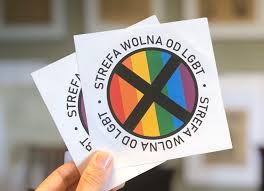