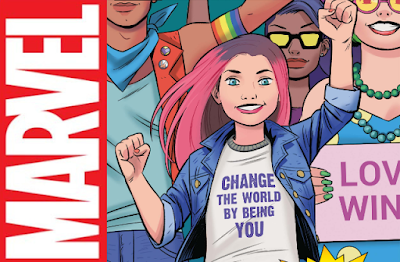 Marvel has announced its first official transgender superhero. The Mighty Rebekah is inspired by a 12-year-old transgender girl of the same name and forms part of Marvel’s Hero Project series on Disney Plus. As part of the show, the Mighty Rebekah has her own comic book, too, the first issue of which is available to read on Marvel’s website for free.

Rebekah and her family have been active in trans and general LGBT rights in New Jersey, including the Garden State Equality organization, which aims to tackle misinformation about transgender people in society. Furthermore, Rebekah has appeared before New Jersey lawmakers to push for Assembly Bill 1335, which mandates that schools include LGBT history as part of their curriculum. The Bill recently passed and LGBT teaching will be introduced in the state in 2020.

In a video interview with Rebekah, she and her mother talk about their advocacy and success in widening understanding of transgender children in the school system. The clip also shows Rebekah speaking at an event for Garden State Equality, with her mother noting her bravery at speaking in public on behalf of trans rights. 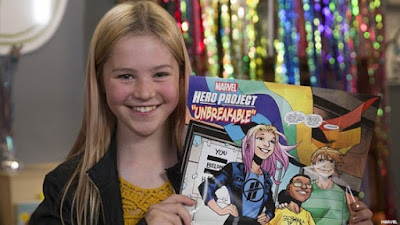 The "real" Rebekah is a hero too!