Right-wing parties against the rainbow in Oviedo 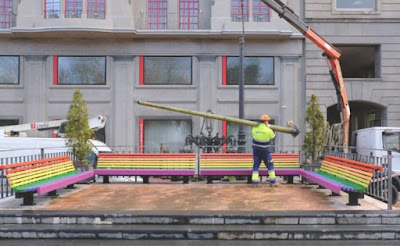 The City Council of Oviedo (Spain) has eliminated the public benches painted with the colors of the rainbow, which had been in the central Escandalera Square for more than two years.

The benches were painted in June 2017 during the previous mandate of the government coalition formed by the leftist parties PSOE and IU, on the occasion of the celebration of the International LGBT Pride Day, under the motto "Oviedo, city with pride".

Later, they decided to keep the painted benches in this central square of the Asturian capital because of the "very good reception both by the citizens of Oviedo and by the tourists", as justified by the previous municipal government.

The current City Council, governed by the right-wing parties PP and Ciudadanos, has decided to reform the square and to eliminate the benches, which will be replaced by a new model but no longer painted with the colors of the rainbow.

The mayor of Oviedo, Alfredo Canteli, said that he did not protest when the benches were painted in the colors of the rainbow, so he now hopes that his decision to remove them will also be respected.

LGBT activist groups have denounced this decision and consider it is a clear attack to LGBT rights by the right parties.

Dear mr. mayor, LGBT people will not come back to the closet!!! 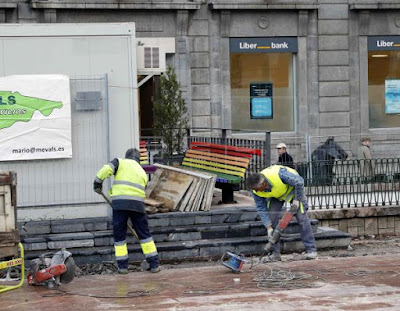