Anderson Cooper anounces the birth of his first child 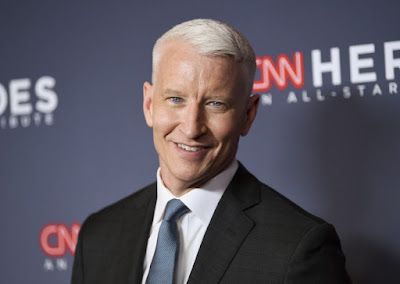 Anderson Cooper has provided some much-needed good news in these dark times after announcing the birth of his first child. The CNN news anchor, 52, took to Instagram to share a picture of himself with three-day-old son Wyatt, who was born via surrogate.

"I want to share with you some joyful news. On Monday, I became a father. This is Wyatt Cooper. He is three days old", Cooper wrote.

"He is named after my father, who died when I was ten. I hope I can be as good a dad as he was. My son's middle name is Morgan. It's a family name on my mom's side".  And he added: "Wyatt Morgan Cooper. My son. He was 7.2 lbs at birth, and he is sweet, and soft, and healthy and I am beyond happy."

"As a gay kid, I never thought it would be possible to have a child, and I’m grateful for all those who have paved the way, and for the doctors and nurses and everyone involved in my son's birth", he wrote. 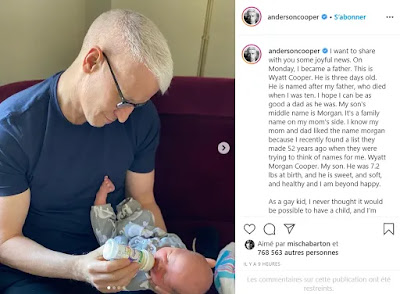