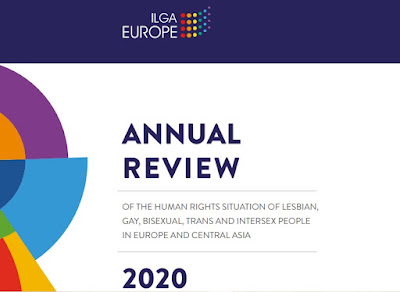 Released the ILGA-Europe's Annual Review of the Human Rights Situation of Lesbian, Gay, Bisexual, Trans, and Intersex People in Europe and Central Asia, covering the period of January to December 2019. They examine the advances made and provided concrete examples of on-the-ground situations at national level country-by-country in the 12 months from January to December 2019.

There continues to be big wins for LGBT people in Europe, and developments that point towards further legislative and social progress, but while this paints an image of the region as a leading light in terms of the recognition of LGBT rights and equality, it’s a surface impression that does not tell a complete or accurate story.

Yes, there are good news stories, which we must acknowledge and celebrate, but while we pay attention to positive developments, we must not be blind to the larger picture, which is less reassuring. In last year’s Review, there were identified signs that recent wins for the LGBT movement were fragile, and a very real rollback in rights and attitudes. In 2019, this rollback took root in a sharp rise of hate speech across the region, often carried out by public figures.

There has also been the growing presence of anti-LGBT, anti-gender and neo-Nazi protesters in public spaces during events such as Pride parades and film screenings. In several cities LGBT centres were targeted with graffiti and other such attacks. Reports of the murder and torture of gay and lesbian people in Chechnya have resurfaced, while police violence is systemic in a number of countries in Central Asia and Caucasus, with gay men and trans people being particularly vulnerable.

Read here the Annual Review for more details, and see the Rainbow Map&Index below: 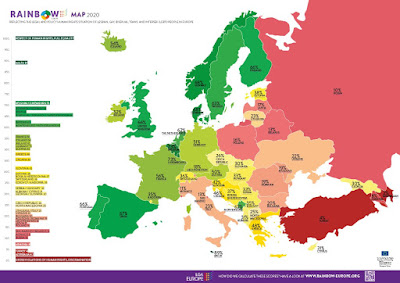