Deviant, a short film about something that should never have happened 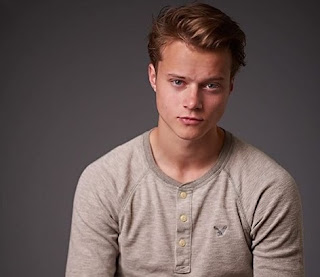 Directed by Benjamin Howard from a script co-written with James Hall, Deviant is both a period piece that captures a part of history that many would like to forget and a thoughtful drama about faith and redemption.

In the early 1960s, Marcel is a homosexual teenager whose desires are discovered by his mother. Keen to “cure” him of his ailment, she puts him in electrotherapeutic conversion therapy. But the therapy is tortuous and brutal, leaving Marcel shell-shocked and stunned.

The storytelling delves into the barbaric nature of its old-fashioned “conversion therapy” that Marcel undergoes, but he doesn’t change his inclinations. Instead, he emerges from the treatments conflicted, bewildered and ashamed of himself, a change detailed with great subtlety by actor Rudy Pankow (Outer Banks). The shocks he received haven’t changed him, but only broken him inside and shattered any inner sense of wholeness or worth.

Between the 1940's-1960's, homosexuals were often involuntarily committed to psychiatric facilities by their own families, where they were promised to be cured of their "sexual illness". Methods used "to cure" homosexuality included electroshock therapy, castration, medical torture and transorbital lobotomies.

The American Psychiatric Association declassified homosexuality as a mental disorder in 1973. Only nine U.S. states have laws in place banning the use of conversion therapy on minors.

Watch the short film below: