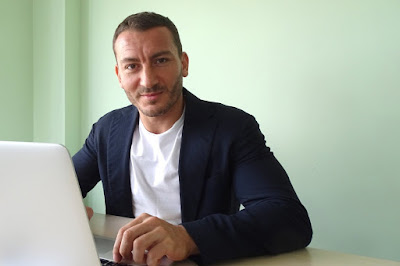 Karen Shainyan, 39, a Moscow-based editor and writer, hosts the show Straight Talk with Gay People. His Youtube channel has over 1,64m subscriptors. Unusually for a gay Russian, Shainyan has never kept his sexuality a secret.

To encourage Russian celebrities to come out as LGBT, he’s been interviewing high-profile LGBT celebrities from different countries. Despite the horrific attacks on LGBT people in Russia, Shainyan hopes that through education people can be liberated.

Shainyan told: “Ignorance and indifference are the key reasons behind the worst homophobia.” And he added: “To Russian celebrities, coming out means a political message, a demand for having certain rights. But a public coming-out would mean an immediate huge loss of access to the concert halls.”

In the three months since he published them, more than three million people have watched his conversations with them on YouTube.

“The idea of the project is to attract the attention of a broader audience and expose all the existing myths around LGBT people,” he said.

“Since as soon as people hear the word ‘gay’ in the Russian media agenda, it always comes from two poles, either from homophobes and state propaganda calling to bring the Soviet criminal law back to the legislation or from LGBT activists, who use the word in the context of their fight, violated rights or clashes with police."

“These are two radical contexts, while in reality, several million Russian LGBT people are muted, they are not represented in the public space.”