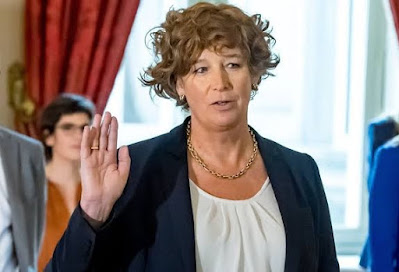 De Sutter, who is also minister for public service and public enterprises, was elected to the European Parliament in 2019 representing the Flemish Green party, Groen. LGBT rights groups welcomed De Sutter's appointment as an important step forward for trans politicians.

"Incredibly grateful for the confidence I have received from my party!" De Sutter said. "Now I can do whatever it takes to relaunch our country and work on a new future for all Belgians together with that government!"

She also wrote on Twitter: "I am proud that in Flag of Belgium and in most of Flag of European Union your gender identity does not define you as a person and is a non-issue. I hope that my appointment as Minister and deputy PM can trigger the debate in countries where this is not yet the case. #fighttransphobia"