US soccer team walks off after homophobic slur to gay teamplayer 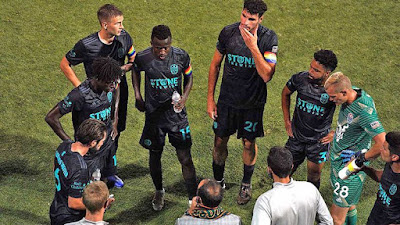 USL team San Diego Loyal walked off the field halfway through their match against rivals Phoenix Rising after their openly-gay midfielder Collin Martin was the victim of an alleged homophobic slur by a Phoenix player.

Loyal, who were chasing a playoff place, were leading the match 3-1 when the incident occurred at the end of the first half. After heated words were exchanged between the two teams' managers, the teams went into the locker rooms for halftime.

After the break, San Diego returned to the field, then took a knee before leaving the pitch.

It is the second time in two weeks that the team has protested discriminatory behavior by opposition players. Last week, their player Elijah Martin was the victim of a racial slur by LA Galaxy II player Omar Ontiveros, who was subsequently suspended by the league, then released by the club.

The Loyal manager, former US National Team star Landon Donovan explained, "We went through a really hard incident last week and we made a vow to ourselves, to our community, to our players, to the club, to USL that we would not stand for bigotry, homophobic slurs, things that don't belong in our game."

Stop homophobia and racism in any sports!! 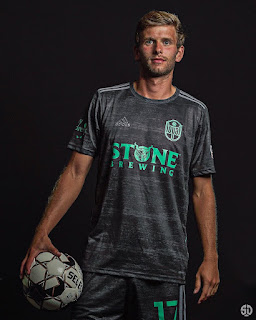