White supremacists arrested before rioting near a Pride event in Idaho 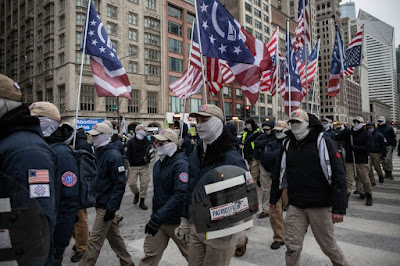 Dozens of masked members of the white supremacist group Patriot Front were arrested as they prepared to stage a riot near a Pride event in Coeur d’Alene, Idaho.

The Pride event is one of the largest in Idaho and Patriot Front is a white supremacist, neo-fascist group that likes to travel inconspicuously in U-Haul trucks.

Coeur d’Alene Police Chief, Lee White, told that dozens of individuals affiliated with the group were in police custody and charged with conspiracy to riot.

The group had traveled from all over the country to sow chaos during the LGBTQ event, White said. They came from states like Texas, Utah, South Dakota, Arkansas, Oregon, and Virginia. Law enforcement was quick to derail the group's plans, he said thanks to one concerned citizen.

“We received a telephone call from a concerned citizen who reported that approximately 20 people jumped into a U-Haul wearing masks, they had shields, and looked like a little army,” he said.

“They had shields, shin guards, and other riot gear with them, including at least one smoke grenade,” White said, adding that paperwork including an apparent operations plan had also been found in the group’s U-Haul. It was not immediately clear if they had any firearms.

Watch the video how Patriot Front guys pulled over by law enforcement: