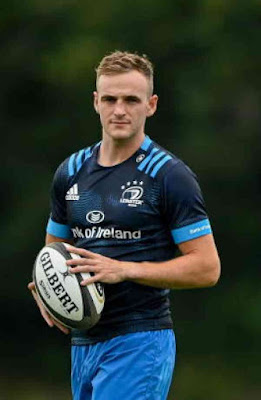 In an interview with his team, Irish rugby player Nick McCarthy said he came out to his teammates and that it has been an “entirely positive” experience.

“I was obviously pretty nervous about doing so, but I’m really happy that I did it,” he said. “I struggled with coming out for a while and it was starting to impact on me and my happiness so it was the right decision.”

McCarthy said that while the experience of coming out has been positive, he once considered retiring from the sport due to his struggle with his sexuality.

“I agonised over my future and contemplated walking away from rugby altogether because I just didn’t think I could come out while playing rugby,” he said.

“It’s hard to perform at your best when you are carrying something, anything, and that’s the same for all the lads… For me it was my sexuality, for others it could be stuff at home, or studies or whatever.”

The Leinster scrum-half said he was inspired by other LGBTQ athletes to come out himself, citing Australian footballer Josh Cavallo, and his own teammate Jack Dunne, who came out as bisexual last year. 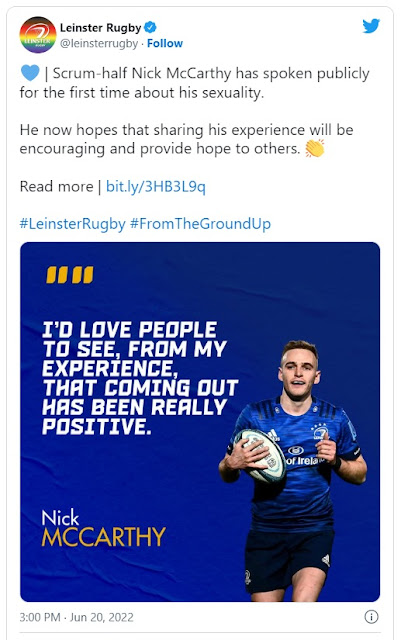