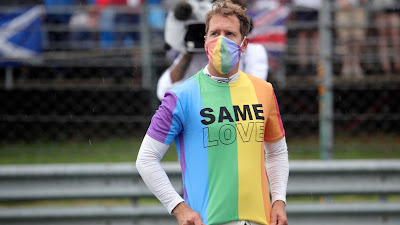 Sebastian Vettel says Formula 1 is ready for an openly gay driver, something he believes would help to speed up the elimination of prejudice and push the sport "in a better direction".

The four-time World Champion, who stands third on the list of all-time Grand Prix wins, will be the cover star of the July/August edition of Attitude, the world's best-selling gay magazine.

He will join David Beckham and Adam Peaty among the list of Attitude's straight cover stars, described as an "LGBTQ ally" by the magazine in which he has used his platform to demand action from Formula 1 to combat prejudice.

Currently, there are no openly gay drivers on the F1 grid, with Mike Beuttler, who raced between 1974 and 1976, the sport's last known gay male driver. There have been gay female stars of motorsport, however, including W Series racer and Vettel's Aston Martin colleague, Jessica Hawkins.

"I guess it might be similar to the situation in a sport like football: the old image of a player or driver as a 'hero' who should match a certain set of criteria. But the judging criteria are just wrong," Vettel said when asked why gay F1 drivers may choose to stay closeted.

But more can be done by Formula 1, says Vettel, who used his platform on the cover of Attitude to urge the sport he once conquered to do more than just talking about the issues close to his heart. 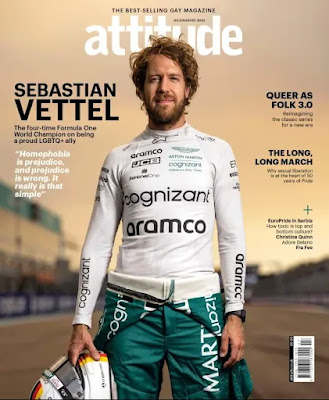