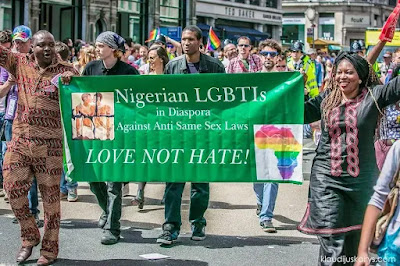 Although homosexuality is illegal in Nigeria, more LGBTQ people are finding the courage to celebrate during Pride month. In 2017, a poll found 83% of Nigerians would not accept an LGBTQ family number. In 2019, that number dropped to about 60%.

In 2014, the Same-Sex Marriage (Prohibition) Act was signed into law, which bars not only gay relationships but also any public sign of same-sex affection or membership of LGBTQ groups, with punishments of up to 14 years in prison.

But despite the risks, activists are pushing to express themselves and demand change this June, a month which is marked around the world with LGBTQ Pride rallies and parties.

Nigerian LGBTQ events have been growing in number and size in recent years, although they remain behind closed doors due to safety and legal concerns.

Celebrations this year are centered around the week-long Pride in Lagos event which will include art exhibitions, a drag contest, and a ball.

While there have been no convictions under the same-sex marriage act, rights groups, and activists say it effectively sanctions abuses of LGBTQ people and has emboldened both police officers and members of the public to carry out attacks.

But LGBTQ people are growing increasingly vocal and visible, with the internet providing a space for gay-friendly films, talk shows, and websites. With rights groups barred from formally registering as an organization under the same-sex marriage law, most organizing, and support groups take place online.

We must never forget why Pride Month exists, in our country or anywhere around the world. 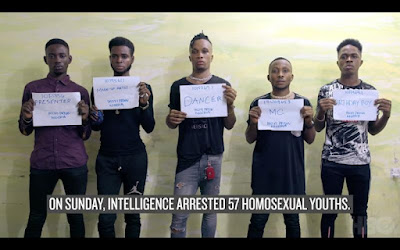 Watch Legend of the Underground, a documentary
about gay activism in Nigeria