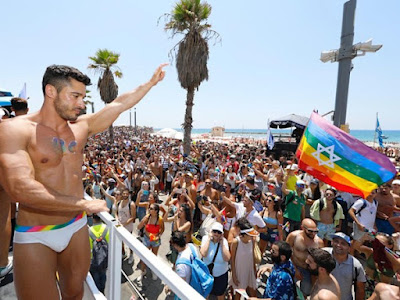 Over 170,000 people took part in Tel Aviv’s Pride Parade 2022, celebrating the LGBTQ community and calling for equality in the largest annual gathering of its kind in the Middle East.

The Pride Parade in Tel Aviv is a holiday for the LGBTQ community, which symbolizes the uniqueness and openness of the city and brings Israel much respect around the globe

The sprawling event returned last year after pandemic restrictions were mostly lifted. This year it is being held after Israel reopened to foreign tourists.

The crowds have grown so big over the years that this time around the organizers moved the event from the seaside promenade to a larger venue. Some 250,000 people attended the Tel Aviv Pride parade in 2019, before it was called off the following year because of the pandemic. In 2021, an estimated 100,000 people attended.

Israel is a rare bastion of tolerance for the LGBTQ community in the conservative Middle East, where homosexuality is widely considered taboo and is outlawed in some places. Gay people serve openly in Israel's military and parliament, and the current health minister is openly gay.

Foreign Minister Yair Lapid highlighted his efforts on behalf of the LGBTQ community, including the decision to hang a pride flag outside the Foreign Ministry for the first time. He recalled that far-right MK Itamar Ben Gvir sent a letter to the attorney general demanding that the flag be taken down. “My response was ‘Who asked you?'” Lapid said to cheers from the crowd.

“We are winning the fight for the LGBTQ community but it is not over, we must continue to lead it because as long as there is one LGBT child in the periphery who needs our protection, we will march in their honor,” he said. 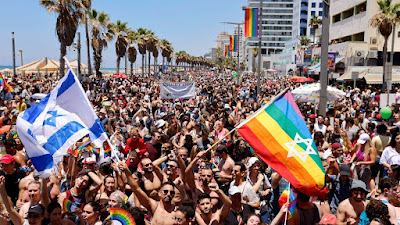