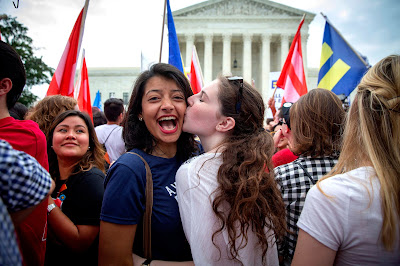 This is one percentage point more than last year, and the highest level of support since Gallup began asking Americans about marriage equality in 1996. That year, just 27 per cent of Americans supported same-sex unions.

According to Gallup, the statistic reflects a steady increase of support among most subgroups of the population, even those who have traditionally been the most resistant to gay marriage.

Overall, since 2011, the majority of Americans have backed same-sex marriage. It hit 60 per cent in 2015, just one month before the historic decision by the U.S. Supreme Court that guaranteed the right to same-sex marriages

Sadly, President Joe Biden warned that the Supreme Court could target gay marriage next if it overturns abortion rights. All we hope they will not. In any case, these are very good news!