Close, a great film about friendship and love 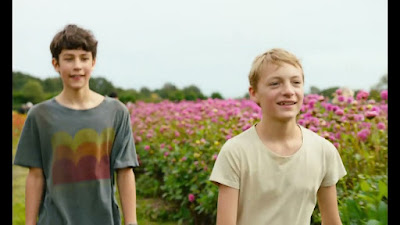 Close is a film about friendship and responsibility. Leo and Remi are two thirteen-year-old best friends, whose seemingly unbreakable bond is suddenly, tragically torn apart. Struggling to understand what has happened, Léo approaches Sophie, Rémi's mother.

Winner of the Grand Jury Prize at the Cannes Film Festival, Lukas Dhont's second film is an emotionally transformative and unforgettable portrait of the intersection of friendship and love, identity and independence, and heartbreak and healing. Starred by Eden Dambrine and Gustav de Waele.

The two young lead actors are amazing. The emotions are right. The privileged relationship of his two friends, their games, their complicity, the questioning of others about their mutual affection, the transformation of their relationship, and then the drama, the different stages of grief (shock, denial, anger, depression, acceptance) unspeakable guilt, lack, memories. It’s all there and poignant.