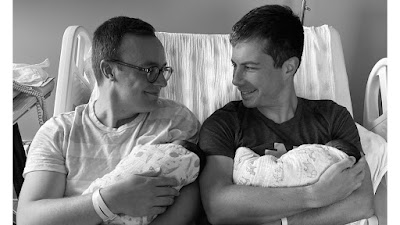 In a post to social media, the U.S. Transportation Secretary and former candidate for the Democratic presidential nomination said: “Chasten and I … are delighted to welcome Penelope Rose and Joseph August Buttigieg to our family.” Sharing a picture of the babies, they said they were “beyond thankful for all the kind wishes since first sharing the news that we’re becoming parents”.

The Buttigiegs announced last month that they were engaged in the adoption process. They had put themselves on lists to adopt a baby or babies abandoned or surrendered, and were preparing by “going through home studies and parenting workshops, writing up descriptions of their family values and ideal weekends”.

Pete Buttigieg, is a former mayor of South Bend, Indiana who made a strong impression in the Democratic presidential primary in 2020. He is now the first out gay parent in the U.S. cabinet, having already become the first openly gay person to be confirmed by the US Senate for a cabinet post.

Congrats to the new parents!! 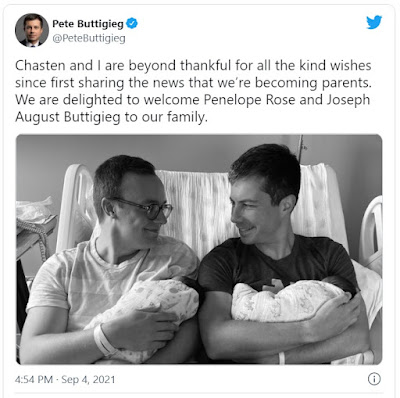