Pete Buttigieg will become the first LGBT cabinet member in the U.S. 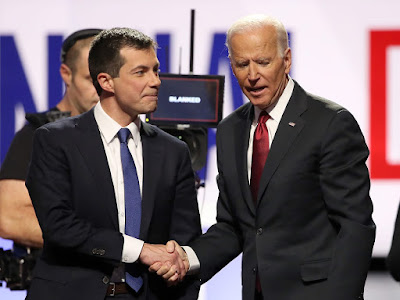 "Mayor Pete Buttigieg is a patriot and a problem-solver who speaks to the best of who we are as a nation," Biden said. "I am nominating him for Secretary of Transportation because this position stands at the nexus of so many of the interlocking challenges and opportunities ahead of us." Biden added that he sees the Department of Transportation as the "site of some of our most ambitious plans to build back better" and that he trusts "Mayor Pete to lead this work with focus, decency, and a bold vision."

The nomination is also the first of the former Democrat presidential candidates to be tapped for a top role, which would help give Buttigieg the experience needed to run for president at some future point. The role of Transportation Secretary is expected to play a central role in Biden’s push for a bipartisan infrastructure package.

Buttigieg is seen as a rising star in the Democratic Party but someone who lacked an obvious path to higher elected office given the continued rightward shift of his home state of Indiana.

Buttigieg mounted a stout presidential campaign in 2019 and 2020, despite starting with very little national recognition or political experience. The former mayor narrowly won the Iowa caucuses, becoming the first gay presidential candidate in American history to win primary delegates from a major party. 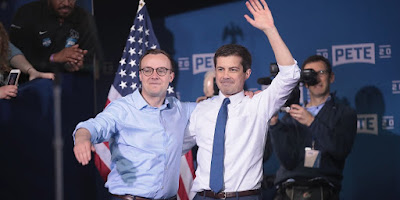 Buttigieg with his husband at presidential campaign