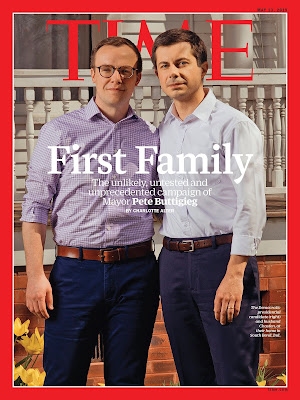 Take a look at the cover of the latest issue of TIME Magazine. South Bend mayor and 2020 presidential hopeful Pete Buttigieg is on the cover, along with his husband Chasten.

Pete, 37, who would be the youngest and the first openly gay US president, has transformed himself from long-shot to legitimate contender for the White House.

He is the son of an immigrant father from Malta. He is graduated from Harvard, earned a Rhodes Scholarship, and worked as a consultant at McKinsey. He moved back home to Indiana at age 29 to become the mayor of South Bend, making him the youngest mayor of a city with more than 100,000 people.

A recent poll has found that 70% of voters in the US would vote for a gay man as president. The poll, which was conducted by Quinnipiac, found that 85% of Democrats and 46% of Republicans were willing to see a gay man become president. 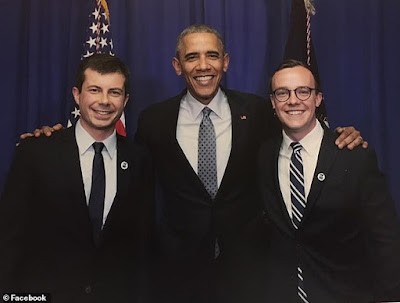 Pete with his husband and president Obama